NORTHCOTE IS DUFFY’S LOCAL, IN HOLDING THIS CONNECTION CLOSE TO HEART DUFFY CREATED A TOWN CENTRE BRAND DESIGN TO CELEBRATE ITS DIVERSITY AND INCLUSIVITY.

The centre with its transport interchange, library citizens advice bureau community constable was to be branded as Northcote Central, which would also clearly define its geographic location from that of its sister suburb Northcote Point.

The project commenced with Duffy’s brand strategist running several brand workshops with all of the different ethnic groups to develop a feel of the essence and visual queues the centre had for them.

The colours have been sourced from the many nationalities represented in the area. While the fan joins them all together. Cleverly the fan is held together with chop sticks, which have purpose-built Maori designs on them by Maori tattoo artist Graham Tipene. Graham was chosen by the local iwi.

The Maori legend of the area is important and ties together the meaning of the logo. Tuff Crater and Onepoto basin are prominent volcanic features of the Northcote landscape.  The Māori name for Tuff Crater is Te Kōpua o Matakamokamo, ‘the basin of Matakamokamo’, with the Māori name for Onepoto Domain being Te Kōpua o Matakerepo, ‘the basin of Matakerepo’.

Māori legend is that Matakamokamo had domestic argument with his wife Matakerepo, and the goddess of fire, Mahuika, called on the god Mataoho to create two volcanic eruptions to punish the couple.

The two edges of the Northcote Central brand represent Te Kōpua o Matakamokamo and Te Kōpua o Matakerepo, with the fan between the couple representing the fertile Northcote plain between the two craters.  The colours celebrate the many people from different cultures that today live in the area. The shape of the fan reflects the predominant Asian and Pacifica businesses in the centre and people in the community.

The brand identity was also used in the way finding system across the centre. 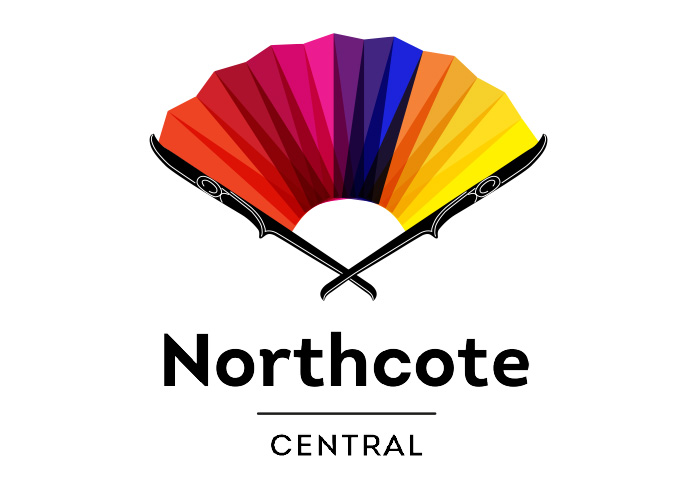 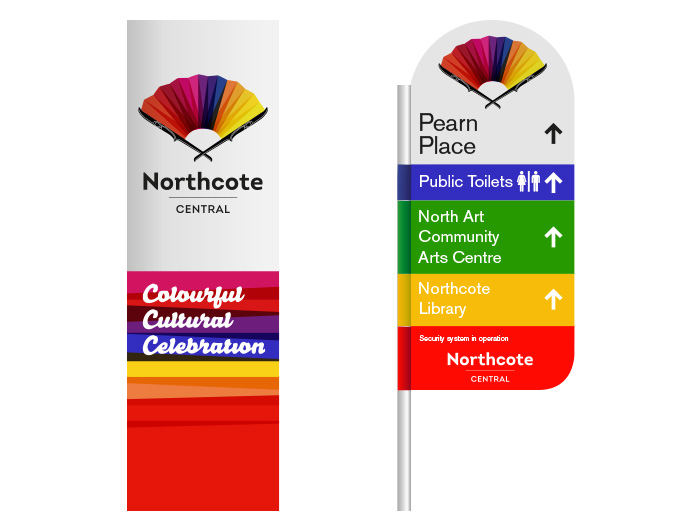